In April 2013, the NSW Government released a White Paper and the Planning Bill 2013 – Exposure Draft (Exposure Draft) which outlined a reformation of the State’s planning laws. Significantly, the Exposure contained wide exemptions from judicial review for the exercise of certain planning functions.

Last month, it was announced that the Commonwealth Minister for the Environment, Greg Hunt, would move to pass a Bill which would grant Ministerial immunity for certain environmental approvals.

This post considers the rise of privative clauses in respect of administrative decisions made under the auspices of various environmental legislation.

Judicial review may only be commenced in two circumstances:

In judicial review proceedings, a Court looks at whether the decision was validly made, rather than whether the decision was ‘right’. A common ground for judicial review in environmental law in NSW is whether a council or other decision-maker has properly taken into account the relevant considerations as set out in the Environmental Planning and Assessment Act 1979 (EP&A Act), for example under s 79C.[1]

What are privative clauses?

A privative clause in legislation attempts to prevent Courts making a decision on the lawfulness of an administrative action. An example of a privative clause is s 101 of the EP&A Act which states that where public notice of the granting of consent or a complying development certificate is given in accordance with the regulations, actions questioning the validity of the plan or consent must be brought within three months. This attempts to limit the Court’s jurisdiction outside this three month time period.

An example of the Land and Environment Court’s scrutiny of a privative clause is the recent decision in Haughton v Minister for Planning.[2] In this case, Mr Haughton challenged the validity of the approvals of two coal or gas fired power stations on a number of the grounds, including the validity of the privative clause in section 75T of the EP&A Act which sought to prevent judicial review of infrastructure projects. The Court found that, despite the privative clause, Mr Haughton had standing on both statutory and common law grounds. The Court read down the operation of the privative clause stating that Mr Haughton’s ‘interest is sufficiently “special” by reason of the importance of his concern with, and the closeness of relationship, to the subject matter of the proceedings’. [3] The “special” interest referred to by the Court was Mr Haughton’s particular interest in the subject of climate change and that he lived in an area which would be affected by flooding events caused by climate change. 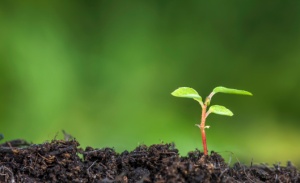 This decision reflects a line of authority that has the practical effect that a privative clause cannot save a decision that at law is taken never to have been able to be made.

As mentioned, the Exposure Draft also attempted to introduce some new privative clauses into NSW’s planning and environmental law. Clause 10.12(1) of the Exposure Draft excluded legal proceedings where a development was declared public priority infrastructure or any amendment or revocation of such a declaration. Clause 10.12(2) excluded legal proceedings to invalidate an instrument or decision under planning legislation because of a breach of those provisions.

The submissions from a number of organisations (including the Law Society of NSW, the EDO, the City of Sydney and ICAC) in response to Clause 10.12 all expressed concerns regarding the limiting of judicial review, particularly in regard to third parties. The Planning Bill 2013 that was put to Parliament late last year still contained many of the restrictions present in the Exposure Draft.

This trend is not confined to NSW. The Commonwealth’s Environmental Legislation Amendment Bill 2013 also introduces a proposed privative clause. This Bill is a response to the implications arising from the Federal Court’s decision in Tarkine National Coalition Incorporated v Minister for Sustainability, Environment, Water, Population and Communities [2013] FCA 694 which overturned the decision by the Commonwealth to approve an iron ore mine in Tasmania’s Tarkine Region. The basis for the Federal Court’s decision was that the Minister had failed to comply with the mandatory requirement to consider approved conservation advice. The Bill seeks to ensure the validity of specified decisions made prior to 31 December 2013 even where the Minister has failed to have regard to any relevant approved conservation advice. This attempts to remove the right of any party to commence proceedings in circumstances where the Minister has failed to consider relevant matters.

The central concern with privative clauses is that they remove the ability of Courts to review administrative action, which is one of the central functions of the Court in ensuring the balance of power.

When considering privative clauses, the Land and Environment Court has held that privative clauses are to be ‘precisely and strictly construed’ [5] and ‘[t]he general rule is that statutes are not to be interpreted as depriving superior Courts of power to prevent an unauthorised assumption of jurisdiction unless an intention to do so appears clearly and unmistakably’. [6] In the NSW Court of Appeal decision in Maitland City Council [2005] NSWCA 455, Chief Justice Spiegelman considered the application of section 101 of the EP&A Act, and held that [at 4]:

A privative provision on its proper construction will not protect a “manifest”
defect, in the sense that a decision is not a bona ﬁde attempt to exercise the power;
that it does not relate to the subject matter of the legislation and that it is not
reasonably capable of reference to the power given to the decision-maker.

Assuming the Commonwealth’s Bill is passed, it will be interesting to see how the Federal Court will interpret the clause.

Given the emphasis on ‘certainty for industry’ and reducing ‘green tape’, it is of no surprise to see these clauses being introduced to environmental legislation. Privative clauses by their nature promote certainty of executive action by limiting the ability for the Courts to review a decision and potentially declare them invalid. This decreases the chance that, for example, a decision to grant development approval could be overturned by the Courts, meaning that once a decision is made it is more or less final.