Forgall Pty Limited (Forgall) applied to the Greater Taree City Council for approval to develop Australia’s first ‘bio-clinic facility’. The development application was for the construction of a ‘holistic health care facility’, providing a range of therapies not currently offered in Australia for the treatment of patients suffering from cancer, and other chronic illnesses such as AIDS and hepatitis. The proposed ‘bio-clinic facility’ used pro-active immune system therapies such as:

The Greater Taree Council refused the development application, and Forgall appealed the Council’s refusal to the Land & Environment Court.

The location of the facility was chosen for its ‘eco-medicine’ potential, being a tranquil, stress-free environment which provided the best opportunity for the self-healing of chronically ill patients. The site is adjacent to Saltwater National Park, Khappinghat Reserve and opposite Wallabi beach, dedicated as sensitive coast beach and wetland.

The elements of the bio-clinic facility included:

The site is located within zone 1(a) Rural General of the Greater Taree Local Environmental Plan 1995 (LEP). In order to be permissible in the 1(a) Rural General zone, the Court had to be satisfied that the use was consistent with “…such objectives of this zone as are relevant in the particular case”.

Council contended that the development did not meet the objectives of the zone including, among other things,

Council also contended that the development failed to meet the aims of the State Environmental Planning Policy No 71 – Coastal Protection (SEPP 71), which included the protection and preservation of coast native vegetation, ensuring the development is appropriate to the location as well as protecting and improving the scenic quality of the surrounding area. 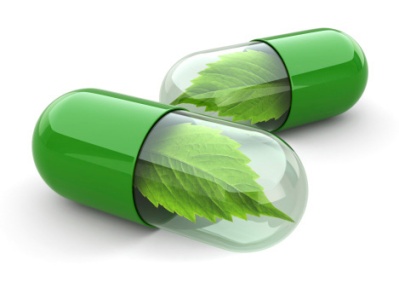 Many local objectors reiterated the same concern to Council that the development was not sympathetic to the environmental characteristics of the land. Further, the Commissioner was not satisfied that Forgall had adequately addressed the following areas of concern in the design and landscaping of the proposed development:

1. Compatibility with the surrounding environment

The development was found by the Commissioner to be incompatible with the zoning objectives of the land. As the site was located in a rural area of national park, bushland, coastline and farmhouses, a development of this size and scale  would be a “random development” that was out of character with the locality. Without appropriate landscaping, the development had the potential to be highly visible (especially at night), becoming a “beacon” in the night sky.

Further, the size and scale of the development was such that it could be seen from a declared Aboriginal Place of cultural significance, which was 500m from the site. The two-page Aboriginal Cultural Heritage Due Diligence Report provided on behalf of Forgall did not include an archaeological survey over the proposal development site as recommended by the Office of Environment and Heritage. The Commissioner stated that the Due Diligence Report was insufficient, despite the acceptance of the Report by Council’s planner.

There was only one sealed road to access the property, and in the event of a fire, this road would be used by other surrounding property owners. The application did not detail fire evacuation methods or emergency exit pathways from the property. The remote location of the site was also too distant from the main hospital in the event of an emergency, and the layout of the cabins raised occupational health and safety issues for the clients and staff.

Further, the development application did not detail the extent of the land to be cleared to comply with Rural Fire Service safety requirements, seen by the Commissioner as a fundamental flaw in the application. Given the height and bulk scale of the development, it was likely that a significant portion of the land would have to be cleared for the development, causing the development to stand out from the viewpoint of the village at Wallabi Point and the headland. The Commissioner concluded it was impossible to assess the application as being consistent with the zone objectives without a final landscape drawing which identified the extent of the proposed vegetation clearance.

The appeal was dismissed and the development application refused.