What are the competing interests considered by the Court in granting injunctions to restrain breaches of conditions of consent?

We commonly provide advice on injunctive relief where development is proceeding in ways which appear to be contrary to approved plans or conditions of consent. The recent decision in Council of the City of Sydney v Karimbla Properties (No. 24) Pty Ltd [2014] NSWLEC 77, highlights how the Court balances the competing interest in granting or refusing injunctions when a developer appears not to be complying with conditions of consent.

In this case, the Council of the City of Sydney sought an interlocutory injunction restraining Karimbla Properties (No 24) Pty Ltd (Karimbla) from carrying out building work on a large construction site in Waterloo. Karimbla had been carrying out the building work without a construction certificate in breach of s 81A(2) of the Environmental Planning and Assessment Act 1979 (NSW) (EPA Act).

The case serves as a reminder of what is important in applying for injunctions, namely the answers to the following two questions:

• Is there a serious question to be tried before the Court in the final hearing?
• Does the balance of convenience favor the granting of the injunction?

It’s important to remain objective about the situation when answering these questions, rather than to allow other factors to get in the way of rational and focused consideration of these questions. 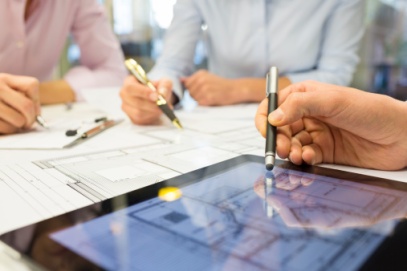 Karimbla had been granted deferred commencement development consent by Council for the development of approximately 360 residential apartments, as well as public domain works, a childcare centre, carpark for 255 vehicles and associated infrastructure works. Before a construction certificate could be issued to start the building work, there were a number of conditions of the development consent that had to be satisfied by Karimbla.

The project manager, contracted by Karimbla was aware that a construction certificate had not yet been obtained, but authorised building work to commence. The project manager gave evidence that he considered the conditions of the development consent which had not yet been satisfied could be negotiated with Council so that they no longer formed a barrier to the issuing of a construction certificate. It was not until Council staff discovered that building work had commenced on the site that the issue was flagged to the management of Karimbla, by which time four of the five buildings had been partially constructed.

Negotiations between Council and Karimbla commenced,  with Karimbla lodging a number of modification applications in an attempt to address the outstanding conditions of consent and obtain a construction certificate for the works. However, modification applications in relation to three conditions remained outstanding, and Council requested Karimbla cease work on the site until the matter was resolved. Karimbla’s refusal to do so resulted in Council seeking an order, as well as an interlocutory injunction, restraining the carrying out of building work until the conditions of development consent were satisfied and a construction certificate had been issued.

Considerations for the grant of an Interlocutory Injunction

In order for a Court to grant an interlocutory injunction, it must be shown that there is a serious question to be tried before the Court in the final hearing, and that the balance of convenience favours the granting of the injunction. Karimbla did not dispute that there was a serious question brought by Council in that it had breached the requirements of the EPA Act. Karimbla did argue, however, that the inconvenience it would suffer if an injunction was granted was far greater than the inconvenience suffered by Council if the injunction was not granted. It did so by reference to the three outstanding conditions which Council contended should be complied with before a construction certificate could be issued and building work could continue.

The need for a Contamination Site Audit Statement

Council was concerned that Karimbla had not provided a contamination site audit statement as required under Condition 10. Karimbla contended that no building work had been or was being undertaken on the areas of the site which required remediation and an Audit Statement taken. Therefore, Karimbla argued that this condition could be modified to defer the time by which this statement was to be given to Council so that building work could continue in the meantime. Karimbla also confirmed that no building work would be commenced on the parts of the site relevant to the contamination condition, and that the Audit Statement would be provided to Council before all buildings were completed and before any occupation certificate was issued for any building.

Karimbla had also failed to provide the footpath levels adjacent to the site to Council as required under Condition 93. Karimbla argued that as the development was not at the point where footpaths needed to be constructed, the time by which Karimbla needed to provide the footpath levels could be deferred without preventing the continuance of building works. It was indicated on the evidence before the Court that Council in principle agreed to this modification.

Finally, Karimbla had not complied with the requirement under Condition 108 to provide access to stormwater disposal and drainage works before the site works would be connected to Council’s external drainage system. Karimbla argued that this condition could also be modified to extend time for compliance without impacting the continuance of building works. The evidence before the Court indicated that Council had deferred to Sydney Water on this matter who was amenable to the modification application.

Against the balance of convenience

The Court noted that the outstanding conditions did not impact on the current building works, and that the conditions would be complied with before the relevant building works commenced. Karimbla also confirmed that all future work would be closely supervised, having contracted an accredited certifier to certify the remaining building work pursuant to the development consent. Further, there was no evidence that the buildings would not eventually comply with the remaining conditions under the development consent, nor did Council seek the demolition of the building work already undertaken.

On the other hand, Kamimbla submitted that if work ceased onsite, almost all of the 311 workers would have to be stood down, adversely impacting a number of future commitments of contractors employed onsite and causing serious financial hardship. While it was clear that Karimbla had not complied with its obligations under the EPA Act in commencing the building work so far, the Court considered that the hardship suffered by workers onsite if the injunction was granted and work ceased, was greater than the harm flowing from allowing the work to continue.

The Court therefore refused to grant the injunction and stood the matter over until final hearing. The case demonstrates the need to pay close attention to the impact if an injunction is granted, and in this instance the impact on contractors. Most building projects involve contractors being employed for building projects, and so even though obligations under the EPA Act may not be being complied with, a broader and more robust enquiry should be employed when considering whether to apply for an injunction.