On 11 June 2015, the Court of Appeal handed down judgment in Trives v Hornsby Shire Council [2015] NSWCA 158.  This decision allowed the applicant’s appeal from the decision of Craig J in the Land and Environment Court, which we discussed in our blog below.  As the blog below analysed the implications of Craig J’s decision, which has now successfully been appealed from, the points made need to be reconsidered in light of the most recent decision.  We will be blogging on this Court of Appeal decision in due course.

Developers and homeowners wanting to construct ‘detached studios’ under the State Environmental Planning Policy (Exempt and Complying Development Codes) 2008 (Codes SEPP) will need to think more carefully about such developments following a recent decision in the Land and Environment Court. These detached studios can bring in a secondary income to home owners, and there is an obvious desire on the part of landowners to seek to have these structures approved as complying development (and a corresponding pressure on private certifiers to certify these structures in this way).

However, the Court’s recent decision in Hornsby Shire Council v Trives[1] has put some limits on what might legitimately be characterised as a ‘detached studio’ under the Codes SEPP. Homeowners will need to be more cautious in seeking certification of these types of development under the Codes SEPP if in fact what is proposed constitutes a secondary dwelling. Certifiers will need to also review more closely what is being proposed, as certifying these types of development incorrectly risks having the certificate declared invalid. 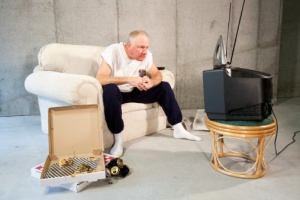 Mr Trives, an accredited certifier, issued complying development certificates in relation to three developments described as ‘detached studios’. Each of the developments in question contained three bedrooms, one bathroom and laundry, one kitchen and living/dining area, and were within the boundaries of the property on which the existing dwelling house was erected.

Justice Craig found that the developments were not detached studios because:

In finding that the developments were not an ancillary development, Craig J stated that ‘whatever habitable structure is able to be built, it must be established in conjunction with an existing dwelling and it must be ancillary to that dwelling’ (emphasis added).[4]  He continued,[5]

Having regard to the Complying Development SEPP, what is apparent is that the intention of the drafter of the instrument cannot have been one to accommodate, under the rubric of ‘detached studio’, something that is both separate from and can be used independently of the existing dwelling house on the land in respect of which the application is made. (emphasis added)

In addition to not satisfying the definition of ‘detached studio’, the developments:

This will have implications for home owners seeking to construct so called ‘detached studios’ under the Codes SEPP when in fact what they are really seeking to construct involves a separate dwelling. Certifiers will need to have regard to this decision where homeowners seek certification of a ‘detached studio’, as certifying a secondary dwelling in this way risks having the certificate declared invalid, and likely liability issues for the invalid certifications which might be considerable if structures have been built.

The decision also has some important downstream implications for purchasers of homes where there is a ‘detached studio’ and where a complying development certificate has been issued by a private certifier. In short, it ‘may not be worth the paper it is written on’ where what in fact exists is a secondary dwelling or a dual occupancy. Although it is common place for home buyers to be comforted by such a certificate, no doubt Councils will be buoyed by the decision and may seek to unwind complying development certificates that are issued incorrectly. Accordingly, it would be prudent to consider this risk in the purchase if there is a difference between what exists on the land and the certification the structure received.