Authorities prosecuting offences against NSW environmental and planning law have a number of important duties, and the failure to discharge those duties exposes the prosecutor to substantial cost implications. Kogarah City Council v El Khouri is a case in point where $60,000 in costs was awarded against the Council prosecutor for its failure to discharge its prosecutorial duties. In this matter, a fundamental element of the case was not proven – that the defendants did not have development consent for the cutting down of six trees.

Mr El Khouri and a tree removal company were charged with environmental offences of causing six trees to be cut down and removed without first obtaining a development consent or permit, contrary to the EP&A Act and the Kogarah Local Environmental Plan 1998. The trial commenced in the Local Court.

At the conclusion of the prosecution’s case, the defendants submitted that there was no case to answer. The Local Court Magistrate agreed on the basis that the Council had failed to prove an element of the offence, that is, that there was no development consent or permit authorising the cutting down of the trees. The Magistrate dismissed the proceedings.

The defendants made an application for an order that the Council pay the defendants’ professional costs. In order to be awarded costs, the defendants relied on section 214(1)(d) of the Criminal Procedure Act 1986, which required the Court to be satisfied that:

because of other exceptional circumstances relating to the conduct of the proceedings by the prosecutor, it is just and reasonable to award professional costs.

The defendants submitted that the failure of the prosecutor to adduce evidence dealing with an element of the offence constituted an exceptional circumstance. The Magistrate agreed, ordering the Council to pay the defendants’ professional costs ($60,000, as agreed).

The Council appealed against the costs order on a number of grounds.

Key points of the case

Chief Justice Preston in the Land and Environmental Court dismissed the appeal. His Honour’s judgment provides some helpful pointers for those involved with the prosecution of environmental offences: 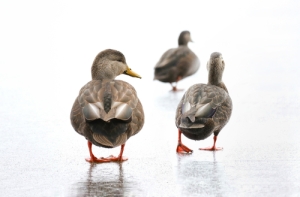 Councils are increasingly being required to justify their expenditure of public moneys, particularly in the current environment where the ‘Fit for the Future’ program is at play. Offence proceedings cost thousands in public money, consume vast time and energy within an organisation, and the prospect of receiving adverse costs orders needs to be borne in mind when approaching such proceedings. It is critical that authorities, such as Councils, who bring proceedings for environmental offences carefully plan their case, resource the matters with the skill and time necessary to duly perform their prosecutorial duties. They must take seriously their prosecutorial duties where offence proceedings are contemplated or commenced. The Courts will not excuse a prosecutor’s failure to adduce evidence proving the elements of the offence. Where this occurs, prosecutors should not be surprised if the defendant seeks costs.

For defendant being prosecuted for an environmental offence, it is prudent to consider carefully the elements of the offence the subject of the charge. Prosecutorial authorities possess important duties, which is an key element of Australia’s Criminal Justice System. Failing to adduce evidence on the elements of an offence involves a critical flaw in any prosecution, which may enliven a costs order against the prosecutor.