This week, we continue the theme of environmental crime and novel pleadings. The judgment of Pain J in Council of the City of Shoalhaven v Wilson [2015] NSWLEC 93 involved a defendant making submissions on sentencing about mental health and intoxication. The self-induced intoxication was held to be irrelevant for the purposes of sentencing, whereas the defendant’s mental health was given limited weight in the fine imposed.

In March 2014 during the early evening, the defendant entered a Crown Reserve, which sat between the defendant’s land and Collingwood Beach, Vincentia, and using a chainsaw and shears cut off parts of two coastal Banksias subject to a Tree Preservation Order (TPO). The defendant did not have consent to ‘injure’ the trees. The maximum penalty for the offence was $1,100,000.

Mental health and intoxication in the context of environmental offences 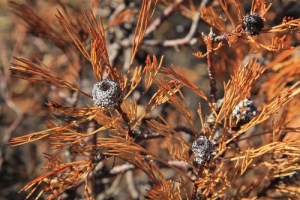 Her Honour held that self-induced intoxication of the offender at the time of the offence was committed, cannot be taken into account as a mitigating factor. Despite this, Her Honour held that the broader mental health issues may make an offender “an inappropriate vehicle for general deterrence”. Her Honour, however, held that only limited weight could be given to the doctor’s opinion in the face of the deliberate behaviour of the defendant on the day of the offence and that it remained important to factor in general deterrence in these circumstances.

Ultimately, Her Honour held that the offence was not minor or trivial and that lopping trees on land in breach of a TPO without necessary consent was exacerbated by the activity taking place on public land. In considering the principle of even handedness, a number of other cases involving tree removal or lopping on public and private land were considered where the offences ranged from between $10,000 to $25,000.  There were also a number of local court cases where eight fines were imposed for a similar offence ranging from between $350 to $5000 and three greater than $5000. As the charge could have been brought in the Local Court of NSW, where a jurisdictional maximum of $110,000 applies, Her Honour also took this into account in sentencing. In light of the above, the Court imposed a penalty of $8400.